A number of devices are running Linux due to its flexibility and open source nature. This has made Linux platform the target for malware attacks, so it becomes important to analyze the Linux malwares. Today, there is a need to analyze Linux malwares in an automated way to understand its capabilities.

Limon is a sandbox developed as a research project written in python, which automatically collects, analyzes, and reports on the run time indicators of Linux malware. It allows one to inspect the Linux malware before execution, during execution, and after execution (post-mortem analysis) by performing static, dynamic and memory analysis using open source tools. Limon analyzes the malware in a controlled environment, monitors its activities and its child processes to determine the nature and purpose of the malware. It determines the malware’s process activity, interaction with the file system, network, it also performs memory analysis and stores the analyzed artifacts for later analysis. Since Limon relies on open source tools, it’s easy for any security analyst to setup a personal sandbox to perform Linux malware analysis. This blog post will touch on details of Linux malware analysis,features and setting up of Limon sandbox.

Setting Up and Configuring Limon: Setting up Limon for Analyzing Linux Malwares

Malware is a piece of software which causes harm to a computer system without the owner’s consent. Viruses, Trojans, worms, backdoors, rootkits and spyware can all be considered as malwares.
With new malware attacks making news every day and compromising company’s network and critical infrastructures around the world, malware analysis is critical for anyone who responds to such incidents.

Malware analysis is the process of understanding the behaviour and characteristics of malware, how to detect and eliminate it.
There are many reasons why we would want to analyze a malware, below to name just a few:

In order to understand the characteristics of the malware three types of analysis can be performed they are:

Static Analysis involves analyzing the malware without actually executing it. Following are the steps:

Dynamic Analysis involves executing the malware sample in a controlled environment and monitoring as it runs. Sometimes static analysis will not reveal much information due to obfuscation, packing in such cases dynamic analysis is the best way to identify malware functionality. Following are some of the steps involved in dynamic analysis:

Memory Analysis also referred to as Memory Forensics is the analysis of the memory image taken from the running computer. Analyzing the memory after executing the malware sample provides post-mortem perspective and helps in extracting forensics artifacts from a computer’s memory like:

Limon performs below steps for analyzing the linux malware samples.

Limon relies on below tools to perform static, dynamic and memory analysis

Limon can analyze below file types (both with and without parameters) :

Setting Up and Configuring Limon

For Limon to work, proper setup of the environment is required (this is a one-time setup).Please refer the below Link for setting up and configuring Limon.

Below are the static analysis capabilities of Limon:

To demonstrate the working of Limon, Linux malware sample “Tsunami” was run in Limon for 40 seconds as shown in the screenshot below. This section contains the analysis details of the Linux malware “Tsunami”. The screenshots also shows different options in Limon. 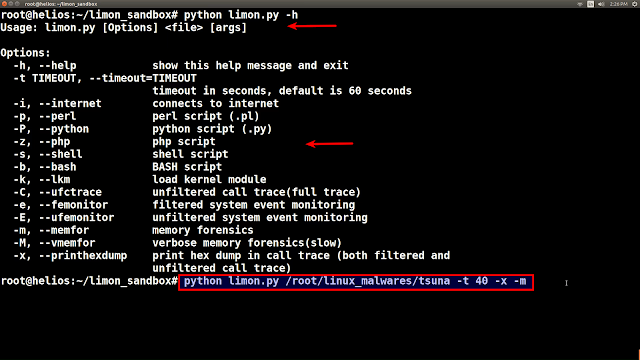 Below screenshot shows some of the static analysis results after analyzing the malware in Limon. The malware is 32 bit ELF executable, its dynamically linked and the symbols are not stripped. Below screenshot also shows md5, ssdeep(fuzzy) hash and ELF metadata 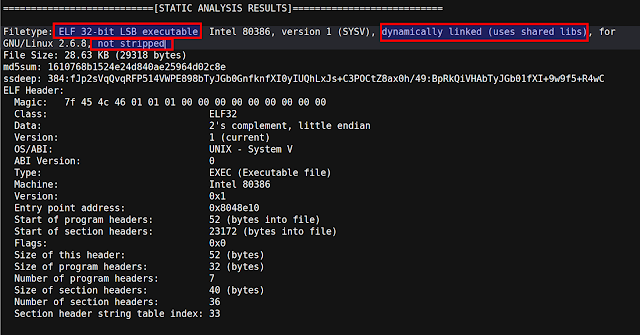 When the malware is submitted to Limon, it determines the md5 hash of the sample and uses the md5sum to search the VirusTotal using its public api. In this case the sample is detected by AV vendors as Tsunami. 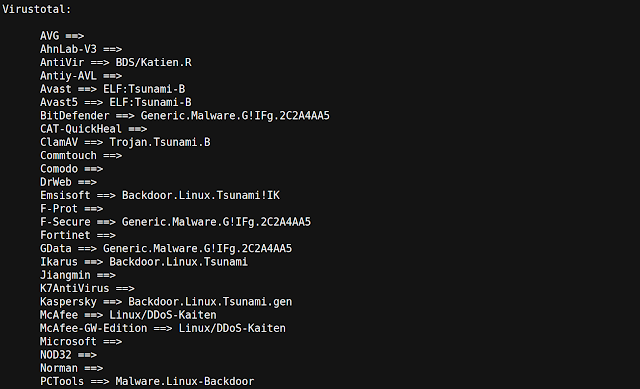 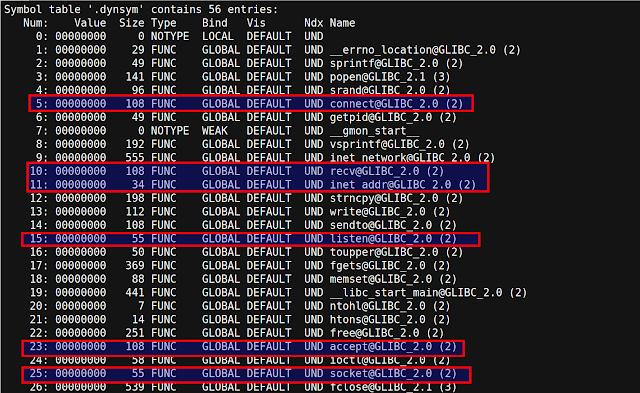 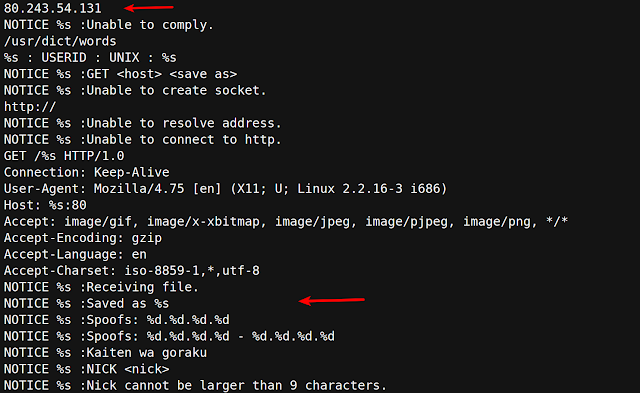 Strings extracted from the malware also shows the references to the attacks commands of the malware, from the strings it looks like the malware has DOS/DDOS capabilities. 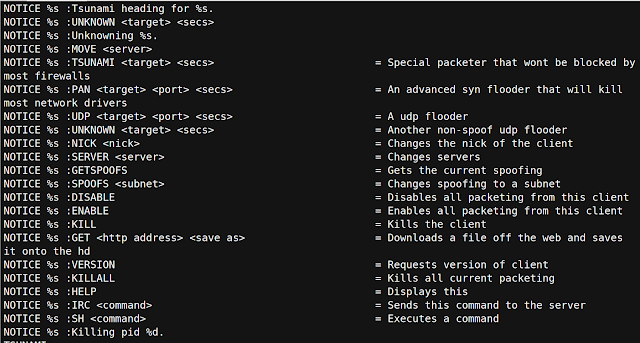 The screenshots below shows the dynamic analysis results. The malware was successfully executed by Limon, after execution the malware creates a child process (with pid 2674). The child process tries to read a file /usr/dict/words which does not exist. From the name of the file it looks like it’s a dictionary file which malware uses for some kind of password cracking. Also the malware creates a network socket, establishes a connection with the C2 ip on port 5566 and writes some content on the socket.

The packet capture shows the IRC communication made by the malware to the C2 ip on port 5566. The malware is an IRC bot

Linux is growing in its popularity and with multiple devices running Linux it has become target for malware attacks, so it becomes important to analyze the Linux malware in an automated way to determine the network and host based indicators. This blog provided a high level introduction to malware analysis and also introduced a tool “Limon” to perform static, dynamic and memory analysis of Linux malwares. The blog post also covered setting up of Limon and analysis of a Linux malware called “tsunami” using Limon, which helped in determining the various capabilities of the malware.

Setting Up and Configuring Limon: Setting up Limon for Analyzing Linux Malwares